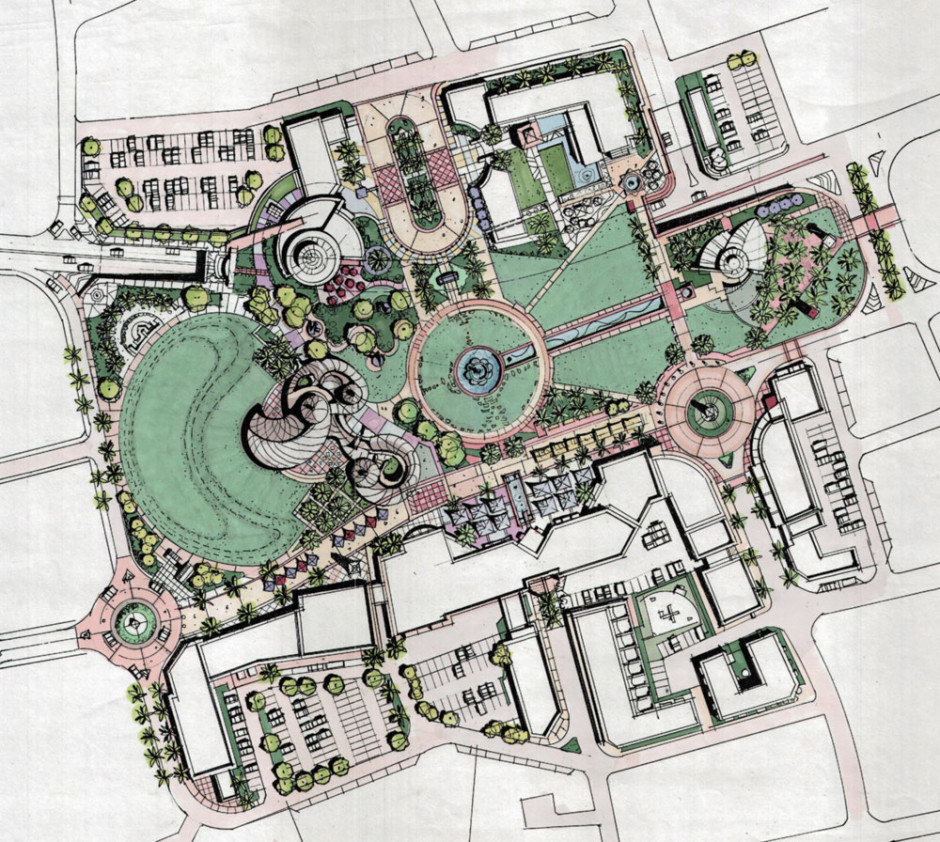 Whether revitalizing a village, re-developing a waterfront or developing large-scale land plans, Burke Design creates visually exciting and economically viable settings in which people live, work and play.  It is an ability gained from decades of experience.

Az-Zawiya Plaza is a place of historic significance. Known as “Martyrs’ Square “, it was a primary place of protest for the Libyan people opposed to the government of Muammar Gaddafi.  In 2011 Gaddafi troop destroyed the square and new efforts have begun to redevelop this important plaza as an historic landmark and create a sense of civic and community pride

new urban core for Az-Zawiya.  The concepts both featured large civic space surrounded by commercial, office and hotels uses, with a central memorial feature. Designed in the local religious context, the new square is seen as an opportunity for the citizens to reflect upon the people and events that shaped the conflict, while providing opportunities for both economic and cultural development.